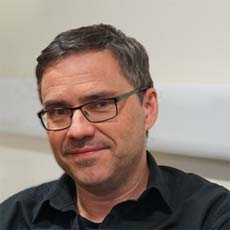 Dr Bagshaw’s main interest is in developing and applying non-invasive neuroimaging methods to questions in clinical and behavioural neuroscience. Current work in the Multimodal Integration Group (MIG) focuses on using EEG-fMRI to understand the influence of ongoing brain activity on evoked and behavioural responses, and to examine the localisation and functional significance of electrophysiological discharges in epilepsy and sleep. The group is also working on methods to combine structural and functional brain networks in order to shed light on how sleep and epilepsy affect the brain.

Dr Bagshaw is interested in developing the combination of EEG and fMRI to provide more precise spatial and temporal localisation of brain activity. Measuring both the electrical and haemodynamic responses to a task or neural event offers the possibility of new insights into the basic mechanisms of brain function, and greater understanding of disorders of function, such as epilepsy and sleep disorders. The Multimodal Integration Group (MIG) are using EEG-fMRI to study response covariability in single trials with robust sensory paradigms, developing methods to improve data quality based on independent component analysis and methods to integrate the data based on information theory, as well as using these techniques to study questions in cognitive neuroscience, sleep and epilepsy. They are also examining the link between the information provided by structural and functional imaging and that from neuropsychological testing in order to understand more about the effect of epilepsy on normal brain functions. 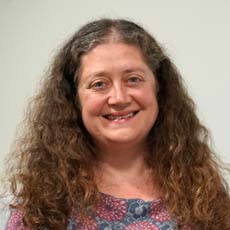 My research examines children’s and adults’ thinking about time and knowledge. I am interested in how children become able to speculate about events in the past and future and how they handle uncertainty, and how adults’ apparently sophisticated thinking in these areas is often irrational.

Dr Chappell is an expert in the field of animal cognition, and is involved in interdisciplinary research and teaching between the fields of biology, psychology and computer science.

Olivier is undertaking doctoral research into motor learning and motor adaptation to investigate the role of reinforcement learning in this context. Currently he is looking at the interaction between implicit cerebellar and explicit prefrontal reinforcement processes.

Dr De Brito is a psychologist and director of the Social, Cognitive, Affective, and Neuroscience (SCAN) lab. Research in the SCAN lab focuses on understanding the mechanistic interplay between the social, cognitive, affective, and neurocognitive factors implicated in the development and persistence of antisocial and aggressive behaviour. A second strand of research examines those aspects among youths who have experienced early adversity.

Dr Galea is broadly interested in motor control. This ranges from the neural correlates of motor learning to stroke rehabilitation. At present, he is particularly interested in how reward/punishment influences our actions and can be used to alter the speed at which our motor system learns or retains new movements.

My research is focused on the role of cognitions such as learning, memory and attention in eating behaviour and the biological mechanisms that underpin these processes. In our group we assess emotional and cognitive responses to foods in adults and children, using both behavioural and brain imaging techniques. We ask questions about how memory for recently consumed foods affects decisions about future food intake and the factors that determine remembered liking for foods. We are interested in the role of working memory in appetite processes and how social context influences what we choose to eat. This work has been funded by the ESRC, BBSRC, Leverhulme Trust, MRC and Alcohol Education Research Council.

I am a behavioural neuroscientist primarily interested in the mechanisms and functions of memory processes. In particular, I currently study the phenomenon of memory reconsolidation, which may have applications in the understanding of and treatment of conditions such as post-traumatic stress disorder and drug addiction.
My research is focussed on the basic mechanisms of learning and memory. These range from the neural circuits that support memory acquisition and persistence, to the cellular mechanisms that operate within those circuits. In particular, I am interested in the different phases that occur in the lifetime of a memory: initial acquisition, subsequent memory stabilisation, retrieval/expression. Each of these processes contributes to the long-term persistence of memories. Recently, particular attention has been paid to the phenomenon of memory reconsolidation, whereby a memory may be modified after its retrieval, perhaps to maintain its adaptive relevance. Impairing the retrieval-induced reconsolidation phase results in severe amnesia for that, often old, memory.

The study of memory reconsolidation is a major focus of my research. Not only might it prove to be the mechanism underlying so-called “false memories”, but it has also been highlighted as a potential target in the treatment of some psychiatric disorders. Conditions such as post-traumatic stress disorder and drug addiction depend to a large extent upon the formation of extremely powerful and persistent emotional memories. It may be possible, therefore, to reduce the impact of these memories by blocking their reconsolidation. By using preclinical models of emotional learning and memory, we can begin to explore the clinical benefits of such an approach.

Dr Steve Mayhew conducts a lot of simultaneous EEG-fMRI experiments in an effort to better understand the coupling between single-trial variability in electrophysiological and haemodynamic measurements of brain responses, and how interactions between ongoing brain processes and external events are intrinsic to the function of the brain.

Dr Mayhew’s research is focused on using simultaneous EEG-fMRI recordings in humans to gain a better understanding of the empirical coupling between electrophysiological and haemodynamic measurements of brain activity. BOLD fMRI is currently the best available technique for non-invasively assessing the function of the healthy, diseased or aging human brain because it can accurately localise the regions of the brain that are active when we experience sensations and feelings, or during the performance of a particular task. However, BOLD is limited in that it measures only relative changes in blood oxygenation and blood flow that are induced by the metabolic demands of neuronal activity. The combination of EEG with fMRI creates a multi-modal imaging technique that provides much richer data sets which allow the dynamics brain’s response to internal or external stimulation to be probed in greater spatiotemporal detail.

I have been employed as a research assistant in Julie Christian’s lab, at the University of Birmingham, since the onset of my Masters degree. This lab focuses mainly on social research; work here has allowed me to develop a more rounded academic skill set and to gain experience in more varied statistical techniques.