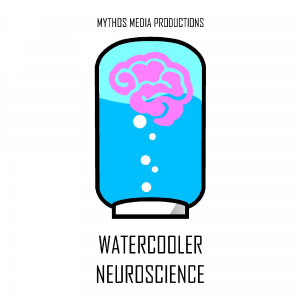 Season One is available

Cognitive Dissonance, while sounds very fancy, is an extremely common effect we all experience. It is when you realise you are acting in a way you don’t agree with. It can happen because someone points out you made a mistake, new evidence comes to light or you just have a lightbulb moment. Until the 1960s there was no unified theory in Psychology on how people handled this, it was seen as impossibly complex and ultimately unsolvable. It was in essence trying to describe how we are human. In the 1960s a researcher named Festinger put forward the first theory, it was hardly a theory of all humanity but it did lay out how people react when they see a mismatch between how they are acting and what they are thinking. His research is some of the most cited of all time and modern research has taken it into amazing new avenues which really make you assess what a brain is ‘for’.

Human beings and technology have always had a history together; from the first spear or hatchet our species has its identity firmly grounded as tool makers. Tools take so many forms it can be difficult to realise exactly how many surround us each day and yet in amongst the millions of tools that we interact with over our lives the internet and computers seem to hold a unique place. Where a national library and a smartphone have access to the same wealth of information the immediacy of that information becomes all the more apparent with a phone. When you are holding a phone you hold the sum of human knowledge in your hands, and apparently that is a bad thing. Every day there are new calls that the internet age is corrupting and damaging our minds. Is this true? What does the evidence say?
In this episode of A Brain Talking about Brains we delve into our minds and technology. How does the internet and computers measure up to the technology we’ve been using for thousands of years? What exactly is so different about a glass faced box I can hold in my hand? Also look out for WCNeuro season 2 where expert on technology and mind, Adrian Ward, gives an in-depth interview on this topic, coming out early 2020.

The world is becoming increasingly complex. The inner workings of a microwave are just unknown to the vast, vast majority of the world. We trust in those more qualified or more specialised than ourselves to take care of us. However, when we look at those who hold the highest positions of power, influence and education in our society we come across Imposter Syndrome. Imposter Syndrome is the belief that no matter how formally trained or qualified you are for the position you are in you are a fraud and everyone is moments away from finding out. The smartest and most talented of our society can be overcome with a fear of being found out, of being told they aren’t as good as they are. The history of Imposter syndrome is fascinating with a tour through its effects (or lack of) to different genders, races and backgrounds and looking into how Imposter Syndrome effects so many high performing people, but in lots of different ways.

If you were presented with the unbelievable truth that the sky is red not blue how long would it take for you to give in and agree? Common thinking says never, the sky is blue, that is the way it works but psychology says different. Asch’s seminal works on conformity showed us exactly how malleable the mind can be and presented with everyone saying that white is black our dedication to the truth gets ‘fuzzy’. It gets even worse when there are no true answers to questions and only personal leanings and philosophical answers to tell us what we should do. This episode of ABTAB goes into the human mind and conformity, what does it take to make us get into line and what can be done to find those who will stand up for truth no matter what?

The false consensus effect belongs in a category of psychological effects that are fundamentally needed to understand human thinking but also quite poorly understood. It has been replicated over and over during the last 40 years but the exact reasons for it existing are still speculated on. In this episode we delve into the paradoxes of human thinking; why do people constantly think everyone thinks like we do while also showing cognitive dissonance and biased prejudices that mean we assume others don’t think like us too. There is no stamp on the brain saying it has to be consistent or logical in its thinking and nowhere is this better exemplified in the mental gymnastics that the false consensus effect requires us to go through with only the most cursory probing. Tune in to find out more.

The Hawthorne effect is a seminal research study which is taught to every student of psychology. It states the basic principle that if people know they are being observed any change in the environment results in a change of behaviour, its that simple. But is that the whole truth? Nearly 100 years have passed since the Hawthorne study was started, the data has been reanalysed, new theories have arisen and decades of discussion and criticism was generated from this one study. This episode of A Brain talking about Brains (ABTAB) covers the initial studies, the aims of the researchers and how the study the research was done shaped it. With that setting complete I provide a historical retrospective and go from the 1920s to the modern day looking at all the ways the Hawthorne effect shaped the psychological world. Available on iTunes, Spotify, Stitcher, Overcast and our website. Please check out @WCNeuro, our WCNeuro facebook page and WCNeuro subreddit for more information on the episodes and series.

ABTAB S1, EP1 – The Hawthorne effect
A Brain Talking About a Brain

To possess a memory is simply part of having a mind. We may not be able to hold onto many memories for very long, keys being particularly impressive at avoiding our recollection, but we are forming memories all the time. Memories however are best understood, according to this guest, from an evolutionary perspective with a focus on how they help us survive. That means many things we care about day to day like if a memory is true don’t really matter, all that matters is if the memory helped you get through another day. This unusual and interesting idea is explored heavily in this episode with memory creation and memory rewriting expert Joff Lee. We go into this research on rats and the nature of more chemical neuroscience that we have previously gone into onto this most recent work with humans where impressive findings on how to rewrite memories on the fly are being moved over to us.
There is also an excellent discussion on how applicable any findings you hear in the news on animals are to humans and how long moving from finding from rodents to humans can take. Definitely tune in if like us here at WCNeuro you keep wondering when all those advancements in laboratory mice are going to be seen when you next book a doctor’s appointment.

As an undergraduate I was told that there is nothing our brains do which does not involve movement, even if we stay completely still thinking that thinking ultimately is preparation for some movement in the future. The brain effectively can be seen as a huge computer who’s main role is either to figure out what kind of movement we are going to do or to actually make us move. I confess after years I still don’t know how much I agree with that. That does not mean the psychology and neuroscience of our motion and more importantly our motor learning isn’t a rich field plum for discussion.
This episode we discuss the ways in which we can learn how people move and more aptly how they learn to move. Joe Galea starts off our episode providing us with some debunking on very old myths you will most certainly know from your years in the high school gymnasium then onto his PhD student Olivier Codol going through cutting edge research into how reward and punishment are tracked individually by the brain during the learning process. We wrap up with some legwork done by Oli that gets to the heart of how long it will take you to master any process in the world. If you would like to master listening to podcasts, downloading this one and clocking up those hours is a good way to start.
For more on Joe Galea and Olivier Codol please see our Floating Brains page on https://watercoolerneuroscience.co.uk/
For more information on episodes, polls and extra content please check out Https://www.patreon.com/WCNeuro
Tags: motor, motion, movement, learning, reward, punishment, neuroscience, Joe Galea, Oli Codol

WCNeuro S1, EP9, Joe Galea and Olivier Codol – The stick and the carrot in the lab (an interview on reward and punishment)
WCNeuro